Louise O’Neill has won The Bookseller‘s first annual YA Book Prize for her debut novel Only Ever Yours. The industry publication announced the prize in 2014 in response to the dearth of literary awards recognizing Children’s literature — one of the only sectors of the publishing market that is growing. The honor comes with a £2,000 check.

For the win, Only Ever Yours edged out A Song for Ella Grey by David Almond, Salvage by Keren David, Say Her Name by James Dawson, Lobsters by Lucy Ivison and Tom Ellen, Half Bad by Sally Green, Finding a Voice by Kim Hood, Goose by Dawn O’Porter, Trouble by Non Pratt, and The Ghosts of Heaven by Marcus Sedgwick. The magazine, which is based in Britain, specifically sought to celebrate UK- and Ireland-based authors with the prize.

From the cover of Jo Knowles’ Read Between the Lines, you immediately get that the book’s protagonist is working through some issues (like we all are), is probably young, and has a lesson to teach that has nothing to do with what’s in the common core curriculum. Her nail polish is faded. Her cuticles are overgrown. And her palm is against a blank blackboard, the title written in marker across the back of her hand.

You also know she’s trying. After all, she bothered to paint her nails in the first place. In fact, it looks like an old manicure she had professionally done. And she wants to be happy and respected, even if it means pissing people off, hence, the Hunger Games-evocative three-finger salute, and the smiley face on top of the emo-black on her F-you finger.

Turns out, Knowles’ latest novel “follows nine teens and one teacher through a seemingly ordinary day” in interconnected stories. The synopsis on Amazon reads:

Thanks to a bully in gym class, unpopular Nate suffers a broken finger—the middle one, splinted to flip off the world. It won’t be the last time a middle finger is raised on this day. Dreamer Claire envisions herself sitting in an artsy café, filling a journal, but fate has other plans. One cheerleader dates a closeted basketball star; another questions just how, as a “big girl,” she fits in. A group of boys scam drivers for beer money without remorse—or so it seems. Over the course of a single day, these voices and others speak loud and clear about the complex dance that is life in a small town. They resonate in a gritty and unflinching portrayal of a day like any other, with ordinary traumas, heartbreak, and revenge. But on any given day, the line where presentation and perception meet is a tenuous one, so hard to discern. Unless, of course, one looks a little closer—and reads between the lines.

2014 was a good year for publishers of classic children’s books and YA series. Of Amazon’s list of the best selling books of 2014, just 18 books intended for adult readers cracked the top 40. Of those that did, the bulk were SAT/ACT/college prep books and classics like To Kill A Mockingbird, The Great Gatsby, and The Alchemist. Meanwhile a children’s reader inspired by the blockbuster film Frozen, John Green’s tender tearjerker The Fault in Our Stars, and installments of Jeff Kinney’s Diary of a Wimpy Kid and Veronica Roth’s Divergent series were among the titles Amazon customers couldn’t get enough of.

A months long standoff between Amazon and publisher Hachette that resulted in delayed delivery and unavailability did not seem to affect demand for print titles of Hachette’s Wimpy Kid, The Heroes of Olympus, To Kill A Mockingbird, Gone Girl, or Pulitzer winner The Goldfinch, which were among the e-tailer’s top 20 best sellers of the year. Proving recent findings that young people prefer print books to digital versions, 75% of Amazon’s list of Kindle best sellers featured books for adult audiences.

Interestingly, only three titles that made the books list’s top 20 were published in 2014: Diary of a Wimpy Kid: The Long Haul; The Heroes of Olympus Book Five; and Killing Patton which was co-written by Fox News personality Bill O’Reilly and Martin Dugard. On the Kindle list, six of the top 20 were released this year, which may point to adult readers’ desire not to add more  books to their print collections, or bolster the theory that the e-book is the new paperback, with readers preferring to invest less in certain genres e.g. romance and detective dramas.

Goodreads, which Amazon now owns, has posted a list of the most popular books published in 2014. Cassandra Clare’s City of Heavenly Fire sits at the top, though it is #99 on Amazon’s books breakdown and #50 on the Kindle list.

The January numbers are in and Veronica Roth‘s teen titles Divergent (a movie version is being produced) and Allegiant top the list of most conversed about books on social media in January. You can read the first 100 pages of Divergent here.

* For the week ended January 26. If the book did not appear in the top 100 bestselling titles, the ranking is listed as not available. 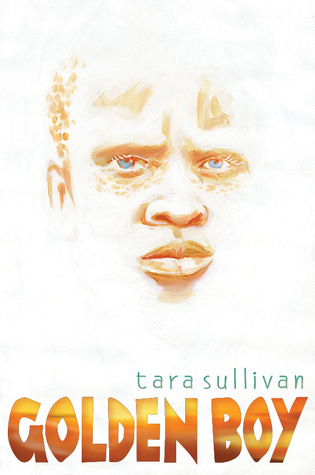 The Young Adult Library Services Association have released their list of the best YA fiction released last year and the titles below made their Top 10:

All the Truth That’s in Me by Julie Berry
Freakboy by Kristin Elizabeth Clark
Better Nate Than Ever by Tim Federle
Far Far Away by Tom McNeal
Eleanor & Park by Rainbow Rowell
Midwinterblood by Marcus Sedgwick
Out of the Easy by Ruta Sepetys
Winger by Andrew Smith, Illustrated by Sam Bosma
Golden Boy by Tara Sullivan
Rose Under Fire by Elizabeth Wein

Children’s books reportedly represent 25% of UK book sales, yet “far less than a fortieth of review space in printed papers is dedicated to them” outgoing Waterstones Children’s Laureate Julia Donaldson criticized in a piece in the Telegraph. Ending her two year stint as Children’s Laureate — author Marjorie Blackman succeeds her — Donaldson also pointed out a disparity in treatment of debut and emerging children’s authors versus those who write books for adults. “Whereas a new adult book with an unusual theme or concept might get a slot on radio or television, the same is not true of children’s fiction.”

In the US, at least three children’s book titles, including the wildly popular Diary of a Wimpy Kid are among the bestselling books of 2013 so far; and publishers are turning more attention and resources to the market. Christian Publisher Zondervan is launching a young adult imprint aimed at mainstream readers, while publisher Lizzie Skurnick will re-release out-of-print YA titles that were classics in the ’70s and ’80s. The industry has even created a bridge category for young adults transitioning into adult reads called (what else?) “new adult“.  Yet, in spite of the flurry of business activity, US press attention does seem to overwhelmingly favor adult titles while fellowships and literary awards juries often exclude children’s books from eligibility.

Publishers Weekly reports that starting this fall, Zondervan, the division of HarperCollins Christian Publishing behind bestsellers The Purpose Driven Life and America the Beautiful, will release new YA titles via their new imprint Blink. “These will be hopeful books,” Chriscynethia Floyd, Zondervan’s VP of marketing explained, but the imprint is not aimed at the Christian market.

“These would be no different from other YA titles published by HarperCollins. They are for anyone, regardless of faith,” Floyd continued. Harper Collins also publishes YA titles under their Harper Teen and HarperCollins Ebook  imprints, among others.

Perhaps referencing the trend of dark themes that have topped the young adult bestsellers lists for the past few years, Floyd added, “We won’t go as dark [as some other YA novels], but we will touch on very real issues.” Blink plans to release five to six titles a year.

Lizzy Skurnick, a freelance journalist and the author of Shelf Discovery: The Teen Classics We Never Stopped Reading  has an eponymous new imprint that will reissue rare and out-of-print young adult classics. Launched by Brooklyn-based Ig Publishing, Lizzy Skurnick Books will release 12 to 14 titles a year, according to Publishers Weekly.

Most of the books will be resurrected from the ’30s through ’80s, including titles like Me and Fat Glenda by Lila Perl and A Long Day in November by Ernest J. Gaines which are now available on Amazon for a hefty price tag, if available at all.  The imprint also plans to publish new titles by authors active in the ’70s and ’80s.

Skurnick told PW, she plans to market the classic young adult books to adult women. “Teens’ tastes have changed. It’s for adults who want to read, re-read, and collect these books. If mothers and fathers want to share the books, great.”

I hope Brenda Scott Wilkinson’s Ludell series is among the vintage titles that gets re-released!

Publishers Weekly reports Macmillan Children’s Publishing Group has launched a new crowdsourced imprint called Swoon Reads. The YA Romance imprint will create a community online allowing writers to submit their manuscripts directly to the publisher. Visitors to the site will be encouraged to read, rate, comment on submissions, and share feedback on cover design and marketing. The manuscripts achieving the highest ratings by readers and an in-house Swoon Reads editorial team will be published in paperback and e-book editions. The Swoon Reads website will launch in spring 2013; the first Swoon Reads novels will be released in 2014. Between this venture, Random House’s recent signing of a 17 year old YA novelist, and the New York Times’ distinction between YA and Middle Grade on their Children’s fiction bestseller list, 2013 is shaping up to be a good year for Children’s Book authors. Of course, with all eyes on the Children’s Book genre, backs will be turned to some other completely fresh book/author that will, like E.L. James’ Fifty Shades of Grey did, completely take everyone by surprise.

When Beth Reeks, 17, posted the first chapter of her story “The Kissing Booth” to online site Wattpad, she drew millions of reads. “[P]osting one chapter at a time every couple of days,” Reeks told the Huffington Post UK, “at one point I had a million hits in two weeks.”

Reeks, who writes under the nom de plume Beth Reekles, was soon snapped up by Random House which signed the Welsh teenager to a three-book deal. Random House’s Philippa Dickinson said of Reeks, “She is a teenager writing for teenagers, her knowledge of her readership is spot-on and her voice is completely authentic.”

In the book, protagonist Elle runs a kissing booth at a school event and ends up making out with her best friend’s older brother.