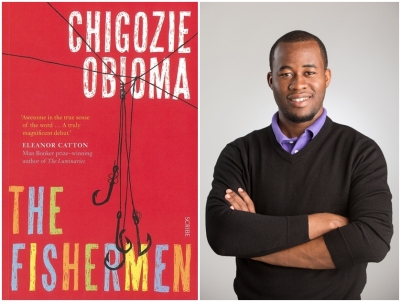 UPDATE: The Center for Fiction has culled their First Novel Prize Longlist down to a shortlist of seven titles:

After the Parade by Lori Ostlund

Against the Country by Ben Metcalf

The Fishermen by Chigozie Obioma

The Sympathizer by Viet Thanh Nguyen

The Turner House by Angela Flournoy

The Unfortunates by Sophie McManus

The winner will be announced at on Tuesday, December 8th.

Naomi Jackson’s The Star Side of Bird Hill, longlisted for 2015 Center for Fiction First Novel Prize

The 2015 Center for Fiction First Novel Prize longlist announcement reflects a smart synergy between publishers and the prestigious literary organization. With 11 of the 29 books on the list yet to hit shelves, and six released this month, the extra publicity push the Prize nod gives will surely boost anticipation and sales. Perhaps most perfectly timed is the release of Naomi Jackson’s The Star Side of Bird Hill which will be available for purchase in stores and on e-readers tomorrow. Here is the list of titles contending for the $10,000 award:

After the Parade by Lori Ostlund

Against the Country by Ben Metcalf

The Beautiful Bureaucrat by Helen Phillips

The Fishermen by Chigozie Obioma

Girl at War by Sara Nović

The Girl from the Garden by Parnaz Foroutan

The Heart of the Order by Theo Schell-Lambert

The Hopeful by Tracy O’Neill

The Language of Paradise by Barbara Klein Moss

Make Your Home Among Strangers by Jennine Capó Crucet

She Weeps Each Time You’re Born by Quan Barry

The Star Side of Bird Hill by Naomi Jackson

The Sunlit Night by Rebecca Dinerstein

The Sweetheart by Angelina Mirabella

The Sympathizer by Viet Thanh Nguyen

The Turner House by Angela Flournoy

Under the Udala Trees by Chinelo Okparanta

The Unfortunates by Sophie McManus

You Too Can Have a Body Like Mine by Alexandra Kleeman

Land of Love and Drowning by Tiphanie Yanique earned the 2014 First Novel Prize.