“A Masters in Chick Lit“? Writer Karin Gillespie throws a coal in the MFA vs NYC debate with a witty takedown on the divide between “respectable” lit (read hardcover) and Fifty Shades of Grey / bodice-rippers (read e-book release for those “voracious” readers). Excerpt below, full piece here.

…I started thinking less like a commercial writer and more like an M.F.A. student. I started quoting John Gardner on how an artist “gets his sense of worth and honor from his conviction that art is powerful.” I read Poets & Writers magazine cover to cover.

…At the end of the two-year program,  I read aloud from my thesis novel. People complimented me afterward, but no one laughed, not even a titter. It was an odd feeling. I tried to reassure myself; who needs laughs when you might one day be the author of “an unflinching and elegiac novel that echoes the work of (insert name of very important writer)”?

After graduation I shopped my thesis around. I sent it to agents with a more literary bent because I now considered myself a literary writer. I received a slew of rejections. One kind agent leveled with me and said my prose was competent but lacked personality. I wanted to write her back and say, “Wait. I thought that was a good thing?”

All said, Kseniya Melnik — whose book Snow in May just came out — got her agent after one of her MFA professors recommended one of her short stories to a few magazine editors. Granta published it, after which several agents contacted her. 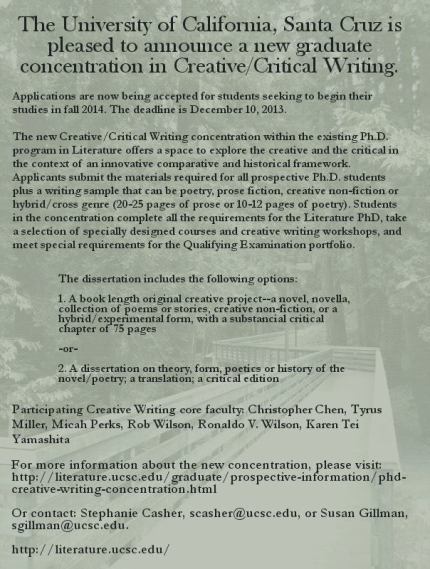 It seems so obvious to me now, but there was a time when I wondered why people would bother applying for a residency they would have to, in most cases, pay to participate in. Why would someone want to pay airfare and spend two weeks to several months away from their home to write with strangers? I felt the same way, although less so, about graduate writing programs. (Less so because at least professors were involved.) When I was working a full-time job, paying a mortgage and eking out dusk, dawn, weekend and commuting hours to write, the idea of leaving home for a few months to write just didn’t make sense.

But I quickly came to understand that, in addition to the dedicated time for writing that residencies and graduate programs provide, their value is embedded in the strength of the institution and the individuals in said institution that can use their collective power to help you become a better writer–and a published one.

I learned, for example, that editors and agents regularly visit the University of Iowa’s renowned Writers Workshop, giving its participants the opportunity to pitch. Moreover, long after you’ve graduated from the program, you’re part of this institution’s community and they will throw their weight behind you, for the good of the institution’s reputation and legacy, to help shore up your career where and when possible.

So when I saw this announcement of a new graduate level creative writing program at UC Santa Cruz via their Literature Department’s Facebook page, I did a little research about the program and the faculty involved, and what kind of career value it could offer the aspiring writer. It seems to be a promising program for poets, and writers of multicultural, gay/bisexual/transsexual, and experimental literature.

Among the senior faculty, Dean Tyrus Miller is prolifically published in avant garde and modern literature, and into poetry and poetics as well as writing that experiments with form and other expected elements of traditional literature; while Professor Emeritus Nathaniel Mackey is a multiple award-winning/fellowship-earning poet and African-American Literature scholar.

The faculty have received some impressive grants and fellowships, which could be helpful to writers in need of pointers for perfecting their own grant/fellowship/residency applications.

The fact that it’s a new and untested program could be a good or bad thing, but I’m guessing UCSC will want to do everything in their power to make the inaugural class happy and successful so they can compete for the tuition dollars celebrated Cali programs like UC Irvine, UC San Diego, and Stanford command.  (UCSC Grad School tuition ranges from $16,416 for California residents to double that for out-of-state students.) It also means they’re likely to be highly selective.  For what it’s worth, S. Page Stegner, son of Wallace Stegner (for whom the Stegner Fellowship at Stanford is named, is a Professor Emeritus in UC Santa Cruz’s Literature Department.

I’ll be watching to see who the first class of this program will be. The deadline for fall 2014 applications is December 10, 2013. If any of this appeals, and feels right for you, get on it and apply! If you get in, let us know!