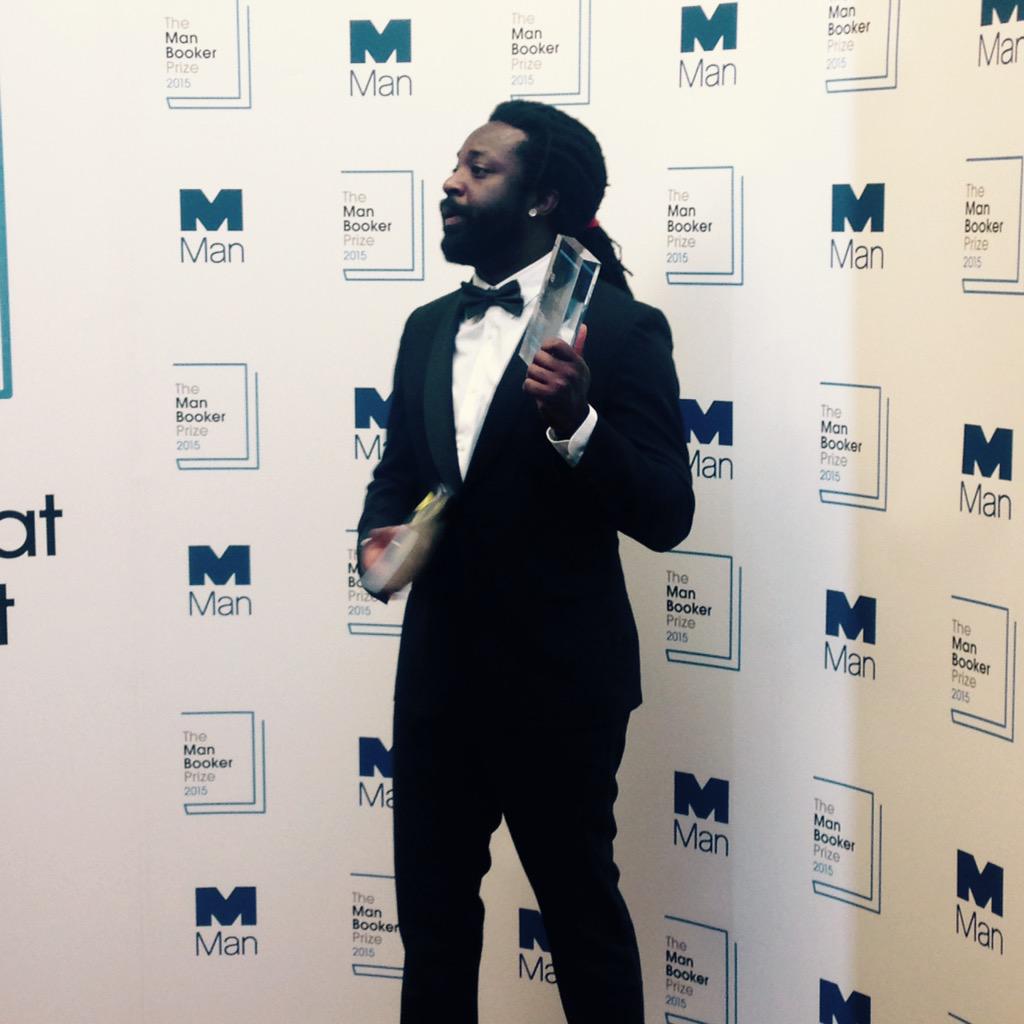 Marlon James is the first author from Jamaica to win the Man Booker Prize.

UPDATE: Marlon James’ A Brief History of Seven Killings has earned the Man Booker Prize 2015, a first for a Jamaican novelist, and the first for indie publisher Oneworld Publications. Michael Wood, who chaired the panel of judges, said of the 686-page book that featured 75 characters, “It is a crime novel that moves beyond the world of crime and takes us deep into a recent history we know far too little about. It moves at a terrific pace and will come to be seen as a classic of our times.” James wins £52,500 — £50,000 for earning the prize and £2,500 for making the shortlist — as well as a trophy and designer bound edition of his book.

Richard Flanagan won the Man Booker Prize 2014 with his novel The Narrow Road to the Deep North.

Tom McCarthy is the only shortlisted author to have been nominated before, having been shortlisted for C in 2010.

Marlon James is the first Jamaican-born author to be shortlisted for the prize. Chigozie Obioma is the second Nigerian to be nominated, after Ben Okri. Of the six authors, two are resident in the UK and four in the United States.

At 28, Chigozie Obioma is the youngest of this year’s shortlisted authors, the same age as 2013 winner Eleanor Catton.

Two independent publishers make it to the shortlist: Oneworld Publications and ONE, an imprint of Pushkin Press. Penguin Random House have two authors on the list (from their Jonathan Cape and Chatto & Windus imprints), as does Picador, an imprint of Pan Macmillan.

Five judges–Ellah Wakatama Allfrey, John Burnside, Sam Leith, and Frances Osborne–chaired by Michael Wood, have culled 156 books in consideration for the 2015 Man Booker Prize, to 13. The diverse longlist for the £50,000 2015 Prize, not to be confused with the Man Booker International Prize, boasts an author each from India, Ireland, Jamaica, Nigeria, and New Zealand, in addition to five Americans, and three Brits.

Six of the 13 books will be selected for the Prize’s shortlist on September 15, 2015 and each shortlisted author will receive £2,500 and a specially bound edition of their book. The winner, announced on October 13, 2015, will receive an additional £50,000.

7 responses to “The Man Booker 2015 Winner is Marlon James!”